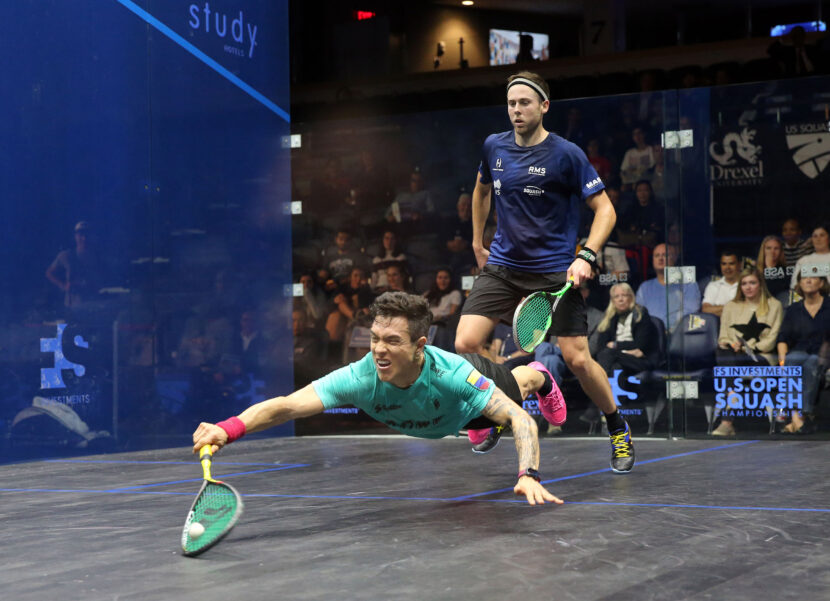 Colombia have announced their squad for the 2019 WSF Men’s World Team Squash Championship, with World No.9 Miguel Rodriguez heading up the four-strong team at Washington D.C.’s Squash on Fire club between December 15-21, 2019.

Rodriguez has won 29 professional titles – including the prestigious British Open – and is one of the sport’s most recognisable names. He will be joined in the Colombian team by World No.92 Juan Camilo Vargas, World No.184 Ronald Palomino and World No.568 Erick Herrera.

Rodriguez, Vargas and Herrera all hail from Bogota, while Palomino is based out of Cali. Colombia make their first appearance at the World Team Championships since 2013, when they finished 21st after coming third in their Pool.

The nation’s Head Coach is New Zealand’s former World No.38 Martin Knight, who joined Colombia in 2017.

“It is always an honour and a joy to represent my country at these kind of events,” said Rodriguez.

“Just imagine how many players there are in the world per country, and you’ve qualified with the other three players to compete at the highest level. Our main goal is to reach the top eight, I think most of the countries are aiming for the same target, anything after that is a plus. [Winning] would be something special, not only as a part of your career, but it would also mean a lot for our sport back home.

“It can bring us more funding and the team would be on the media and news every day like when I won the British Open. I have been to Washington many times, but never played at the venue we are playing this year. The sad thing is that I will not be at home celebrating my birthday!”