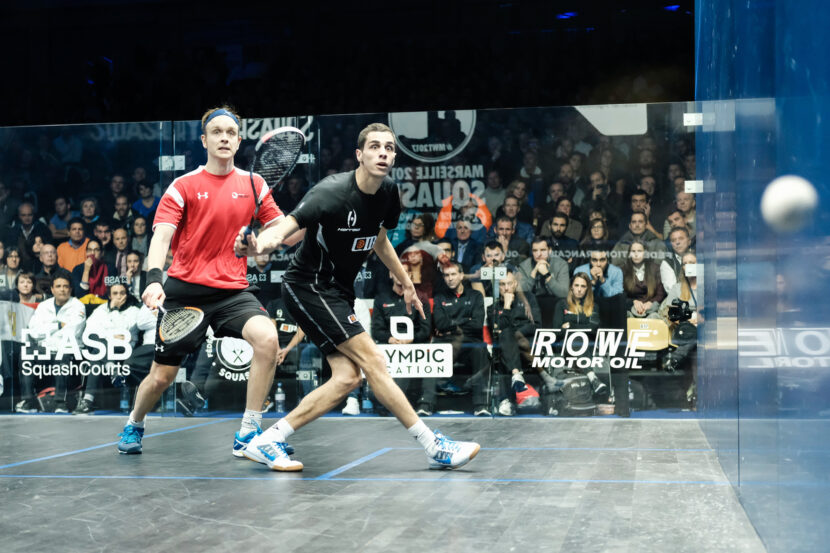 Held at the state-of-the-art Squash On Fire club in Washington D.C., the WSF Men’s World Team Squash Championship brings together 23 squash nations as they compete for the prestigious world championship crown, with countries such as home favourites USA, defending champions Egypt, five-time winners England and eight-time winners Australia all in attendance.

The 2019 WSF Men’s World Team Squash Championship will be broadcast live across the globe between December 15-21, 2019, after an agreement was reached between the tournament hosts Squash On Fire, the World Squash Federation (WSF) and SQUASHTV, the broadcasting arm of the Professional Squash Association (PSA).

This year’s broadcast coverage of the biennial men’s team tournament follows on from SQUASHTV’s successful transmission of both the 2017 event in Marseille, France, and the 2018 WSF Women’s World Team Squash Championship in Dalian, China, and is a direct result of the Memorandum of Understanding (MoU) that was signed by the WSF and the PSA a little over two years ago.

All matches from the glass court at Squash on Fire of the 2019 WSF Men’s World Team Squash Championship will be broadcast live on SQUASHTV to all members with a free digital subscription and will also be available to watch for free via Facebook Watch and the official Facebook pages of the tournament, the WSF and the PSA.

In addition, the live stream will also be cross-posted to the Facebook pages of tournament partners, national federations and players, meaning coverage of the tournament is expected to receive over 3,000,000 views, while it is projected that in excess of 10,000,000 minutes of content will be viewed during the event. The Facebook broadcast will also enable fans of the sport to engage with each other across  the globe during the transmission.

“The world’s greatest players will be on show at Squash On Fire in December and we’re delighted that we will be able to broadcast all of the action live from Washington D.C. across the globe,” said Squash On Fire co-founder Philippe Lanier.

“This year’s WSF Men’s World Team Championship will be a landmark edition of the tournament, becoming the first squash tournament of this calibre to fully embrace social broadcasting on a global level. The fact that we can share the live coverage with our partners, federations and players through their Facebook channels means that we will be able to engage with fans in greater depth.”

“We look forward to working with all our stakeholders over the next two months and showcasing all the athleticism, drama and passion that the WSF Men’s World Team Championship has to offer.”

“Our relationship with the PSA has strengthened enormously since signing the MoU in September 2017 and SQUASHTV’s continued broadcast efforts of the WSF’s primary men’s championships are a testament to that.”

PSA Chief Operating Officer, Lee Beachill, added: “In recent years, we have been able to broadcast our sport to an ever-growing spectatorship through SQUASHTV and social media, which has helped to raise the profiles of the sport’s best players and key tournaments. We predict that this will have the same effect for the WSF Men’s World Team Championship in Washington, while thanks to the addition of Facebook as a partner, we expect over 3,000,000 views for the event this December as the local and global squash audience continues to expand.

“We will work closely with Squash on Fire, the WSF and Facebook to showcase the tournament to a record-audience and ensure that fans enjoy a terrific viewing experience.”