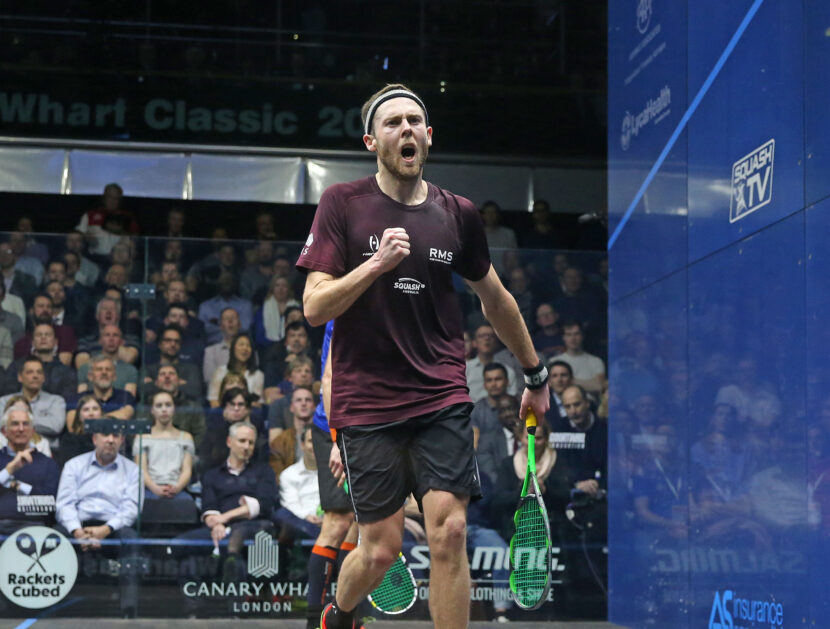 Australia have announced their squad for the 2019 WSF Men’s World Team Squash Championship, with World No.19 Ryan Cuskelly leading their team at Washington D.C.’s Squash on Fire club between December 15-21, 2019.

Cuskelly has won 16 professional titles in his career, and he will lead a team that also features World No.39 Cameron Pilley, World No.76 Rex Hedrick and World No.328 Zac Alexander.

The Australian team took the Bronze Medal at the 2017 Men’s World Team Championships, held in Marseille, France, after beating rivals New Zealand in the quarter finals.

Australia’s Team Manager for the event will be Lachlan Johnston, who holds the role of High Performance Manager at Squash Australia.

“It is always an honour to play for Australia as we are continuing a legacy of great players. We have a rich history of always performing above our expectations when we put the Aussie colours on,” World No.19 Cuskelly explained.

“I wouldn’t say we are favourites but we always come together as a team and perform better than our seeding. All the guys in the team are super close mates, so we will not only be playing for Australia but for each other, and I think that is key.

“The main difference between the PSA World Tour and the World Teams is that we get to play in a team format, which is really special as normally we play for ourselves.”

Johnston said: “It’s the same squad as the 2017 Men’s World Team Championship in France, where these four players picked up the bronze medal. All four players have a lot of experience on the tour and we think they can perform really well for us again.

“Ryan, Cam and Rex are obviously our top three players on the PSA rankings, while Zac has a great record in international competition, having won a gold medal for Australia last year at the Commonwealth Games.

“Australia has such a proud history in the competition, so it would mean a lot for our current team to share in the success that so many legends of Australian squash have had before us in winning the World Teams title.”