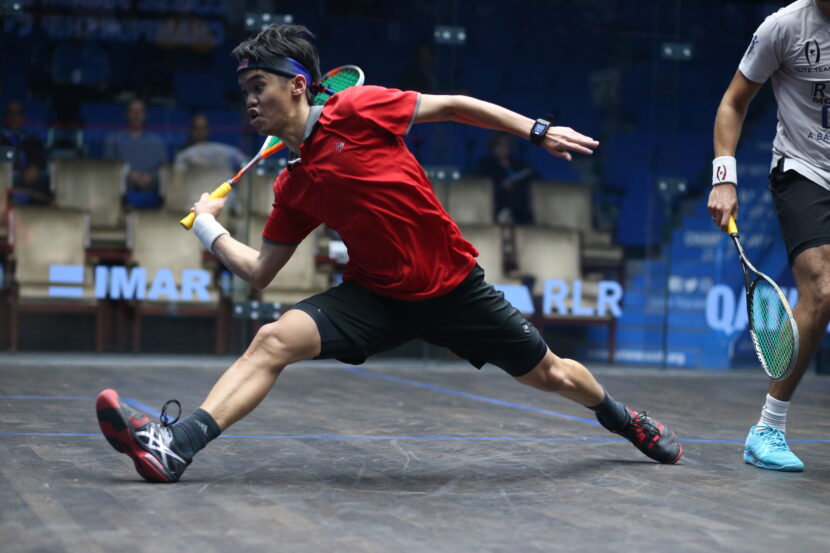 World No.32 Eain Yow Ng will head up Malaysia’s team for the upcoming 2019 WSF Men’s World Team Squash Championship, which will take place in the United States for the first time, with Washington D.C.’s Squash On Fire hosting the prestigious event between December 15-21, 2019.

Eain Yow has won four PSA Tour titles, and he is currently up to a career-high World Ranking. He will be joined in the Malaysian team by World No.47 Ivan Yuen, World No.88 Mohd Syafiq Kamal and World No.98 Addeen Idrakie.

All four of the Malaysian team are currently based in the nation’s capital city, Kuala Lumpur. Malaysia will be making their 17th appearance at the Men’s World Team Championships, with six quarter final appearances in their history, five of which have come since the turn of the century.

The nation’s Head Coach is Pakistan’s former World No.38 Ajaz Azmat, who is in his second stint with the Squash Racquets Association of Malaysia.

“It is massive. I remember being called up two years ago for the Men’s World Teams and it was a big challenge. It was a big lesson and I gained a lot then,” Eain Yow said.

“This time around, I think it will be the same thing. I am grateful to have been selected and I am ready to take up the challenge for Malaysia. We get used to travelling alone, but we do not realise how tiring it can be doing everything alone. To have the full team support, you can see that the quality of matches just goes up because everyone wants to fight for their country.

“Losing Nafiizwan [Adnan] for this one will be tough, but myself and Ivan [Yuen] have been training really hard and had some good results, so I think we have a pretty good chance. We want to get into the top eight and then we will see how it goes.”