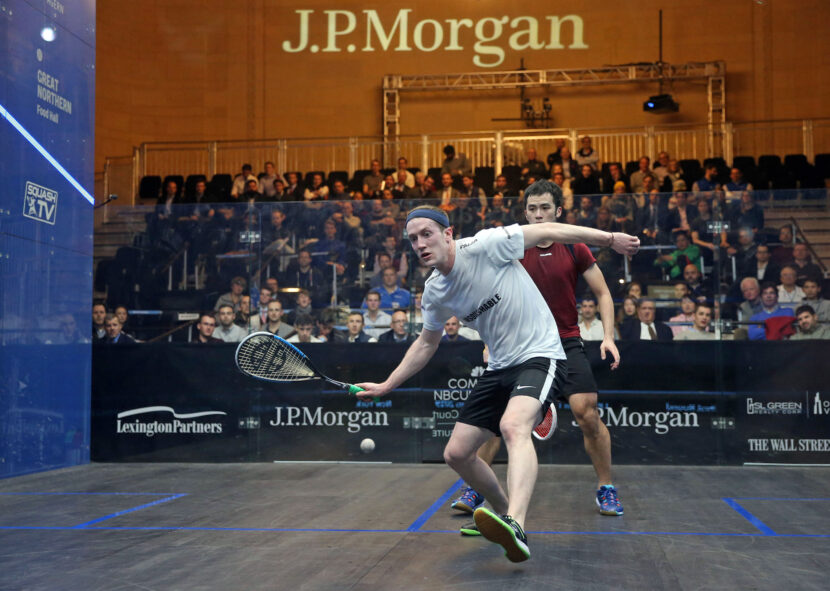 The United States have announced their four-man squad for the 2019 WSF Men’s World Team Squash Championship, with World No.48 Todd Harrity heading up the team as the event takes place on US soil for the first time. Washington D.C.’s Squash on Fire club will host the event between December 15-21, 2019.

Harrity has won three PSA World Tour titles, and he currently sits at a career-high ranking. He will be joined in the home nation’s team by World No.67 Chris Hanson, World No.94 Christopher Gordon and World No.119 Andrew Douglas.

The four men all live within two hours of each other on the Eastern Seaboard of the United States, with Harrity residing in Wayne, while the other three are all in and around New York.

The United States will be making their 23rd appearance at the Men’s World Team Championships, and they will be looking to improve on their best performance, when they reached the quarter-finals in both 1981 and 2011.

The nation’s Head Coach is Paul Assaiante, who holds the record as the most successful coach in college sports history, after leading the Trinity men’s team to 17 national titles.

“I have played in several World Team Championships, but they have never been in my home country. I really hope that there is a big crowd here,” Harrity said.

“There’s something magical about playing in your home country, with everyone who’s helped you right there with you, not in spirit, but right there, behind the glass. It’ll be a pleasure and an honour playing for my home, on my home ground.”