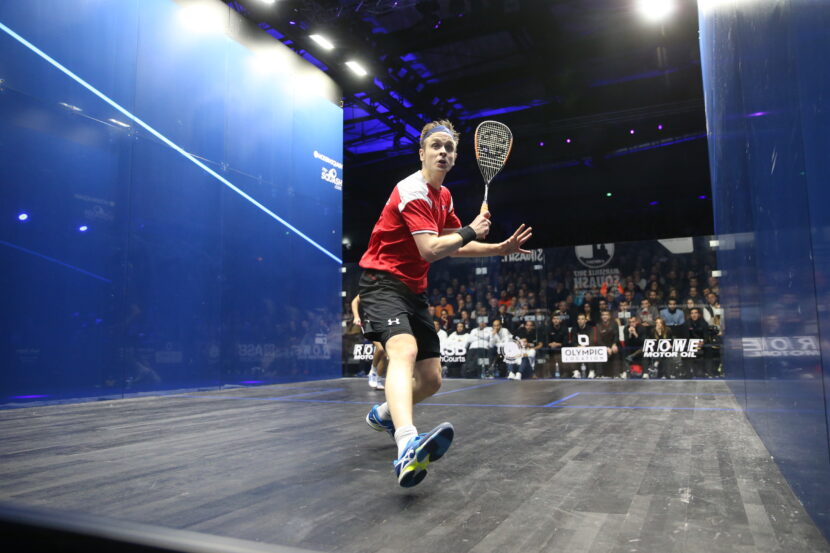 The WSF Men’s World Team Squash Championship takes place in Washington D.C. between December 15-21 as 23 nations will descend on the capital of the United States for an action-packed week at the spectacular Squash on Fire venue in the week before Christmas.

You can catch all the action live on the Men’s World Team Championships Facebook page, from Day One right the way through to the finals on the 21st!

But with it being so different to a normal PSA Tour event, how does it actually work? And what will the winning nation have to do to get their hands on the trophy?

First of all, each of the 23 teams are made of four players, with 92 squash stars set to feature in Washington, with the aim of helping their country win the biggest team prize in men’s squash.

The teams are seeded according to the World Rankings of their four players, with the Egyptian quartet of World No.1 Ali Farag, World No.3 Karim Abdel Gawad, World No.4 Tarek Momen and  World No.8 Mohamed Abouelghar representing top seeds Egypt.

England, France and New Zealand are expected to be Egypt’s nearest competitors, while the likes of Germany, Hong Kong, Australia and Spain are seeded inside the top eight.

The 23 teams have been split into six pools. Pool A contains three teams, while the other five pools all have four teams in.

Each team will play the other nations in their pool once. For instance, in Pool A, Egypt will play Switzerland, then the Swiss will face Canada, before Canada face Egypt.

Sticking with Pool A, if Egypt were to win their first two matches in their fixture with Switzerland, the third match would still have to be played in case the number of matches won became important as to who was to qualify at the end of the pool stage.

Here is how the pools will be decided:

• if two teams still equal, then by the result between the teams

• if three or more teams have won the same number of Ties, then by the greater number of matches won

• if three or more teams still equal, then by greater positive difference between games won and lost

• if three or more teams still equal, then by greater positive difference between points won and lost

• finally, if more than two teams still equal, then by lottery.

Over the first three days of the tournament, each team will play once, apart from the teams in Pool A, who each will have a single rest day due to the fact that there are only three teams in the pool.

The winners of the first four pools, Pools A, B, C and D, will receive a bye through to quarter finals, while the winners of Pools E and F, plus the runners-up of the six pools, will face off in the Round of 16 for a place in the last eight.

The positions in the above draw relating to the winners and runners-up from Pools C/D and E/F will be drawn at random.

The same will occur in the second tier of the knockout phase, with the teams who finish in 3rd in Pool A, B, C and D receiving a bye through to the quarter finals of their tier.

In the knockout stages, if a team goes 2-0 up in their fixture, then the third ‘rubber’ may not be played, and that is up to the discretion of the two teams, who will decide this ahead of the match.

The finals will take place on Saturday, December 21, with the winner being crowned WSF Men’s World Team Squash Champions for 2019.