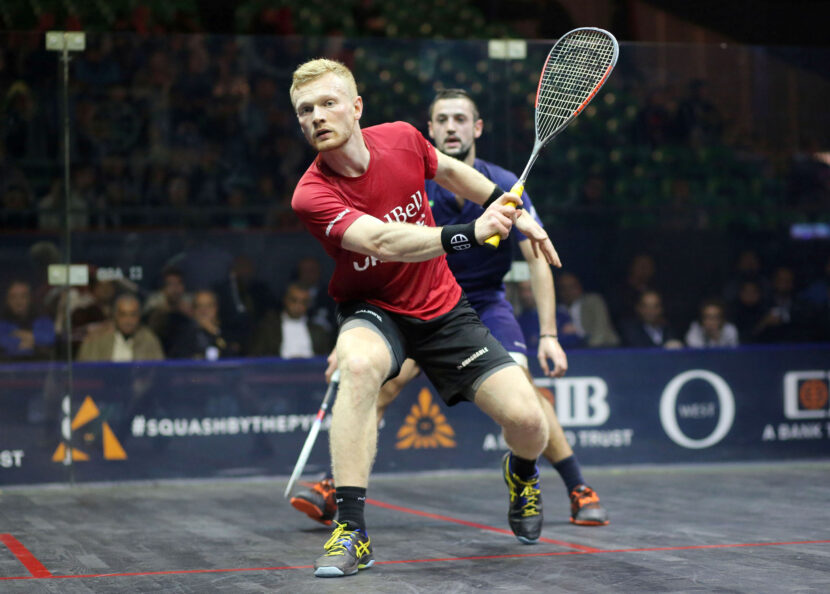 Wales have announced their squad for the 2019 WSF Men’s World Team Squash Championship, with World No.12 Joel Makin leading the way at Washington D.C.’s Squash on Fire club between December 15-21, 2019.

The ‘Golden Tiger’ will lead the team, with World No.68 Peter Creed, World No.119 Emyr Evans and World No.184 Owain Taylor also featuring for their country.

This will be the Welsh team’ 13th appearance at the Men’s World Team Championships. Their best result came in Cairo in 1999, where they reached the final, but lost out to the home nation, Egypt.

The team will be coached by former World No.3 David Evans. He was part of the Welsh team that took a silver medal at the Men’s World Team Championship in 1999.

“We played two years ago and we did not manage to get into the top eight, so it would be nice to get in amongst that level,” Makin said.

“We want to go there and have some quality matches. It will be something like seven tough matches over seven days, so it will be a really tough week, but I am looking forward to it

“It is a good group of guys and we have done well in the event before. I enjoy playing with the guys and it is a little bit different to the individual events, because it is nice to have a few of the guys with you. There is a particularly strong top eight. I got injured during the week last year, and we were looking to get ninth or 10th. This time, if we could do well in the groups and maybe play one of the 5/8 seeds then we have a chance of reaching the quarters.”