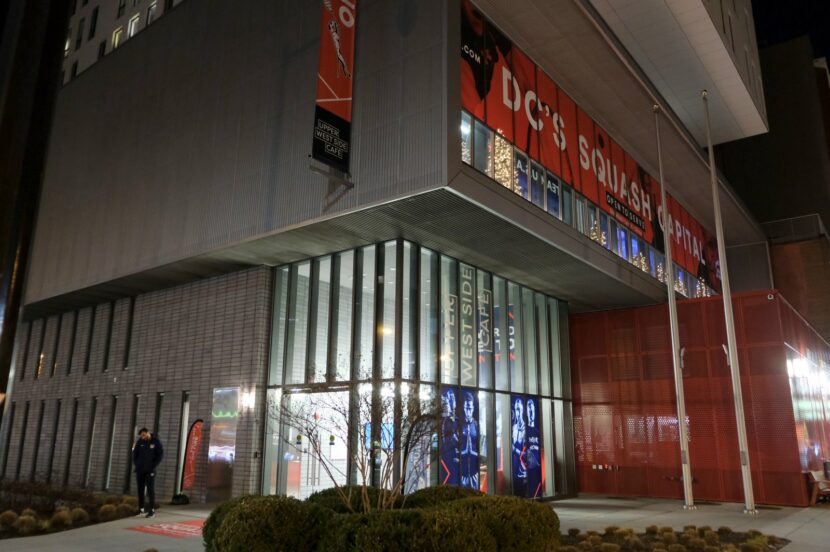 The third and final session on the first day saw three more matches, as six countries got their 2019 WSF Men’s World Team Championships campaigns up and running.

Australia took on Kuwait, Wales faced off against Nigeria and Hong Kong China played against Jamaica to end the first day.

World No.512 Abdullah Al Muzayen overcame Australia’s Cameron Pilley to give Kuwait a surprise lead in their tie with the No.7 seeds in Washington, D.C.

The Kuwaiti No.2 started the game strongly, and only went on to get better and better throughout, defeating the World No.44 in straight games.

Al Muzayen won the first 11-7, before then taking the second 11-6. He saved his best squash for the last game, restricting Pilley to just five points, as he gave Kuwait the lead in the tie.

Cuskelly Levels The Tie With Win Over Altamimi

Ryan Cuskelly brought Australia level with Kuwait after defeating Ammar Altamimi in straight games in the second match of their tie.

The World No.23 did not seem to break a sweat in the hot conditions in Washington, as he took charge of his match against the Kuwaiti No.1

Australian No.3 Rex Hedrick sealed the victory for his country with a straight-forward win over Yousif Nazir Saleh in the final match of the evening.

Hedrick came into the match knowing he had to win to give his country the victory, and he did so in convincing fashion, allowing Saleh to score just nine points throughout the match.

Wales No.2 Peter Creed got his country off to a flying start, defeating Sodiq Oluwatobi Taiwo in just 24 minutes at the Squash On Fire complex.

Creed allowed Taiwo to score only 13 points throughout the entire match, as he dominated the Nigerian to win in straight games.

After taking the first game 11-5, he then played even better during the second, winning it 11-3. An 11-5 victory in the third game wrapped up the win for Wales.

Wales No.1 Joel Makin made it 2-0 to Wales with a victory over Babatunde Ajagbe, giving his nation an unassailable lead over Nigeria.

The World No.12 fought hard to take the first two games, before cruising through the third game to seal a simple victory to make it 2-0 to Wales in the tie.

Emyr Evans secured a 3-0 victory for the Welsh team over Nigeria, as he came from behind to defeat Adewale Amao in Wales’ final match.

Evans fell behind after the first game, as the unfancied Amao was able to beat the Welshman in a tie-break, taking the first game 13-11.

However, the World No.111 fought back, restricting the Nigerian to just two points in the final game, as he completed the comeback to give Wales a 3-0 win.

Lee Fights Back To Beat Walters

Hong Kong China’s Max Lee had to battle back after going behind to Jamaica’s Lewis Walters to win the first match between the two countries in Washington.

The World No.37 lost the first game to the Jamaican in a tie-break, 12-10, but was able to fight back to take the next three games with relative ease.

Lee eventually overcame Walters in four games, as he restricted the unranked Jamaican to just twelve points across the next three games, as he gave Hong Kong China the lead in the tie.

The second rubber of Hong Kong China’s clash with Jamaica saw Leo Au get the better of Christopher Binnie in straight games.

Hong Kong China’s No.1 needed just 20 minutes to overcome Binnie, who is the only Jamaican to sit inside the top 100 of the PSA World Rankings.

The third and final rubber between Hong Kong China and Jamaica saw Tsz Fung Yip secure the fastest victory of the tournament so far.

Yip needed just 16 minutes to overcome Bruce Burrowes to give Hong Kong China a 3-0 victory, putting them in good position for the coming days.