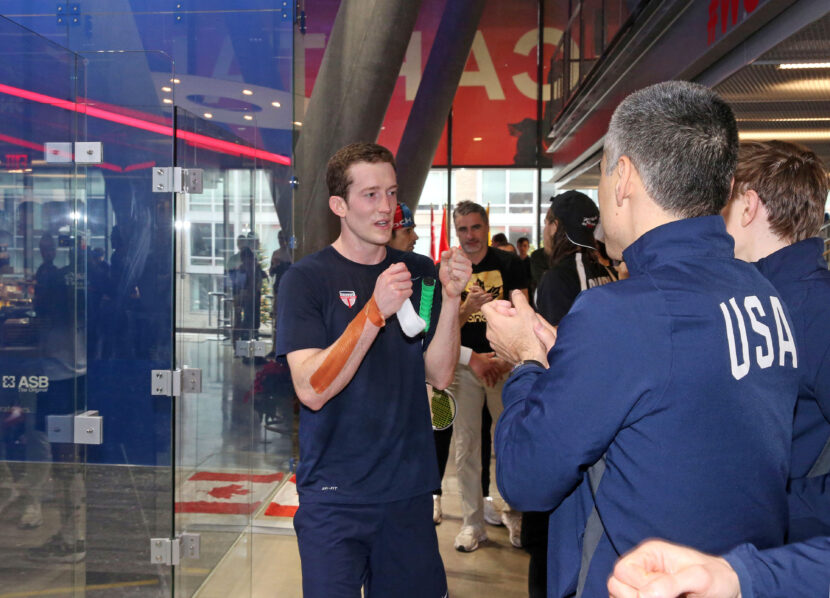 The first match on the glass court on the final day of action at the WSF Men’s World Team Squash Championship will see host nation USA battle it out with neighbours Canada to see who will take 13th place.

United States won the battle with Canada at Squash on Fire to secure a 13th place finish at the WSF Men’s World Team Squash Championship being held in Washington DC.

Host nation USA were determined to finish their tournament on a high but faced a tough prospect in the form of close neighbours Canada on the last day of action in the capital.

US No.1 Todd Harrity – who played his best squash of the tournament on the last day – then completed the win with a comprehensive straight-games victory over Canadian No.1 Shawn DeLierre to complete a good day for the home favourites.

“I’ve known Shawn for a long time and we’ve had a lot of battles and it’s always a good, fun and intense battle. I think as a team we got momentum throughout the week and I’m happy to have come out on top today.