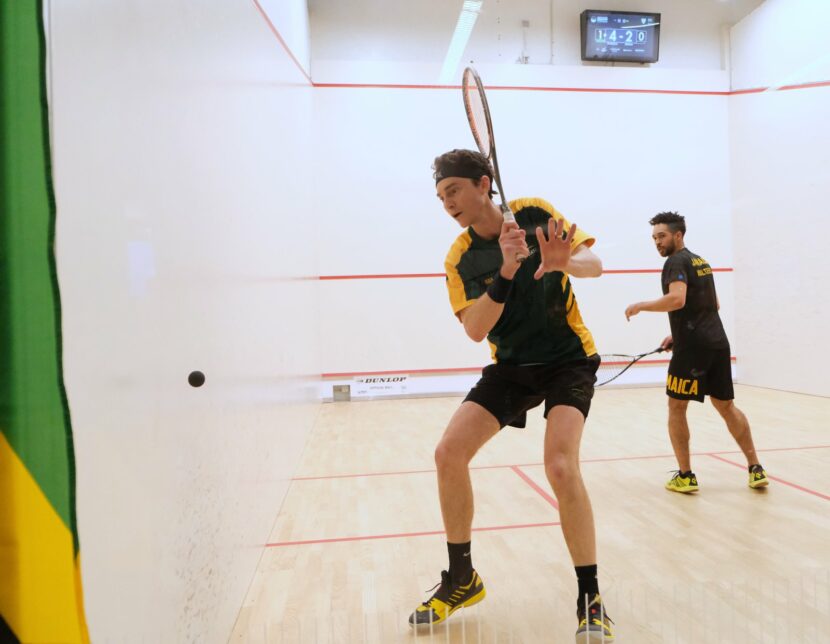 Pilley allowed the Jamaican to score just ten points across the first two games of their match, before trying to mount a fightback in the third.

However, it would be the experienced Australian that took the victory to put his country in front against Jamaica, as they look to reach the knockout stages.

Zac Alexander made sure Australia were winning their tie with Jamaica, as he got the better of Tahjia Lumley in a match lasting just 24 minutes.

The Australian, who was featuring in his first match of the 2019 Men’s World Team Championships, won out 11-4, 11-7, 11-3 to secure victory for his country over the Jamaican side.

“It is always awkward no matter who you play first up, especially because playing for your country is so different. You want to play well but sometimes that has adverse effects because you are trying so hard,” Alexander explained.

“We haven’t really thought too much about it. For us, the old cliche of controlling only what you can control and then it is luck of the draw. It would have been nice to top the pool but it is just a case of waiting now.”

Hedrick Sends Australia Through To Knockouts

Rex Hedrick’s victory was enough for Australia to mathematically qualify for the knockout stages of the Men’s World Team Championships in Washington, D.C.

The Aussie wasted no time in getting the job done in the third match of his country’s Pool F tie against the Jamaican No.2 seed, Bruce Burrowes.

Hedrick restricted the Jamaican to just eleven points across the entire match, and got the job done in 17 minutes, sending Australia through to the knockout stages.

England Adrian Waller overcame Babatunde Ajagbe in the first match of their clash with Nigeria to give the tournament’s No.2 seeds the early advantage.

The five-time champions came through both of their first two matches 3-0, beating both Wales and Canada with ease, and Waller got them off to the perfect start against Nigeria here.

He restricted Ajagbe to just twelve points across the opening two games of their clash, but the Nigerian fought back, sending the third game into a tie-break. Waller eventually won it 12-10 to take the win, sending England one-up in the tie.

England’s Declan James secured his nation a victory over Nigeria thanks to a convincing straight games performance over Adewale Amao.

The former England No.1 took just 25 minutes to seal the win, allowing the Nigerian to score just six points in one of his best performances of the season.

“That is probably the best match I have played for a while. I felt sharp and I hit the corners well. It is good that we have got the job done to give ourselves a rest tomorrow to get ready for the playoffs now,” James said.

“It was absolutely crucial [to top the pool] because otherwise you can get a much tougher tie in the quarter finals than if you top the pool. It takes the pressure off a touch going into the last eight.”

Former World No.1 James Willstrop got the better of Sodiq Oluwatobi Taiwo in the final match of the England and Nigeria clash on court eight.

The Englishman struggled to find his range in the first game, but eventually managed to come through it 14-12, before then powering on to victory.

Willstrop won the second and third games in a much more comfortable manner to seal a 3-0 victory both for himself, and his country, with England topping Pool B to secure a bye through to the quarter finals.