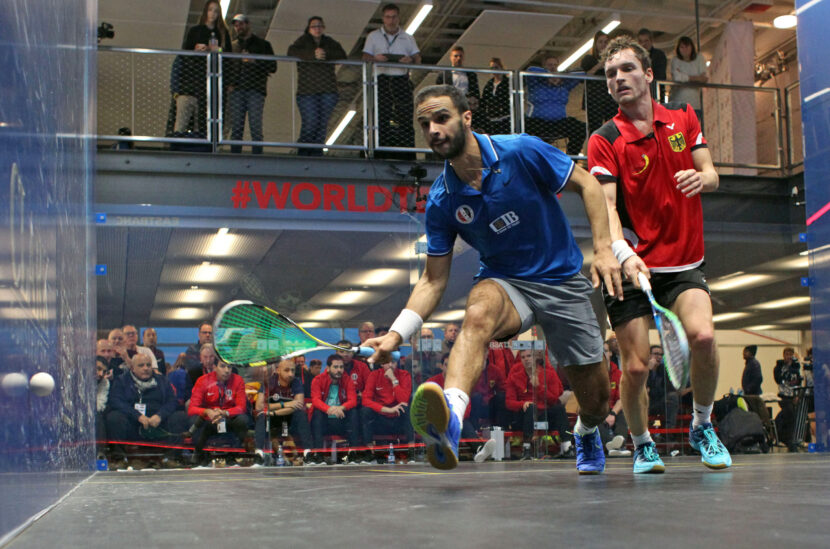 The semi-finals of the WSF Men’s World Team Squash Championships take place today. There will be action taking place across all four courts at Squash on Fire and you will be able to make sure you don’t miss any of the action.

The show court will see both of the semi-finals from the main draw of the tournament, but play will start with home nation United States up against Argentina in the 13-16 bracket semi-finals.

Following that will be the two semis, with Egypt taking on Wales in the afternoon session, before England face France in the last match of the evening, with the winners from the two ties facing off in the final on Saturday.

The second show court at Squash on Fire will host the rest of the top ten, starting with the final of the 9-10 bracket, between Malaysia and Australia. The 5-8 bracket semis will then follow on, with Germany taking on Scotland and New Zealand facing Spain.

Court seven will feature Hong Kong China and Switzerland in the 11-12 playoff final, before Jamaica and Colombia face off in the first of the two 17-20 bracket semi finals. The last match on court seven will be the 13-16 semi final between Kuwait and Canada.

Court six will feature Singapore against Nigeria in the 21-23 bracket round robin, with Ireland facing South Africa in the evening session in the second 17-20 bracket semi final.

Matches start at 11:00 local time (EST) and you can find the schedule for each court below.