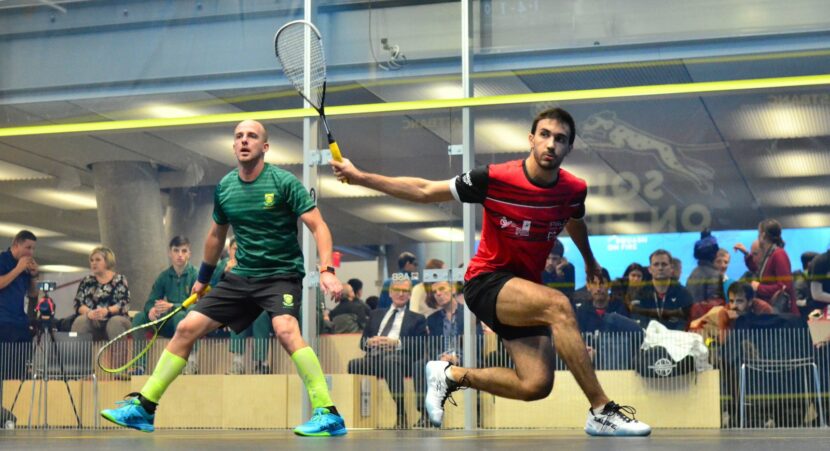 The final day of pool stage action takes place at the WSF Men’s World Team Squash Championships today. There will be action taking place across all four courts at Squash on Fire and you will be able to make sure you don’t miss any of the action.

The show court will see USA face Switzerland in the 3pm clash, with both teams looking to qualify for the knockout stages. Both sides have lost to Egypt so far in Pool A, with the winner of today’s tie securing their place in the next round.

Also on the show court on day three of the event are New Zealand and Singapore, with the Kiwis knowing they have to win to go through, before Wales take on Canada in the final tie of the evening, with a win for either team seeing them into the knockout stages.

Court eight will see Scotland take on Ireland in a crunch match in Pool D, with the Scots needing to win just a single match to secure their passage through to the knockout rounds. Meanwhile, Ireland must win if they are to go through.

The already qualified England take on Nigeria in Pool B clash after the Scotland-Ireland tie, before Hong Kong and Kuwait face off in the final tie of the day on court eight.

On court seven, France will face the Republic of Korea before Australia and Jamaica face off in the afternoon. Germany then take on South Africa in the final tie of the evening.

On court six there are two ties with Malaysia against Colombia in a huge tie in Pool C, with the winner advancing to the knockout stages. They will be followed on court by Spain and Argentina, with the latter needing a win to have any chance of going through.